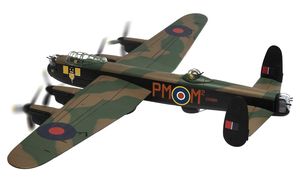 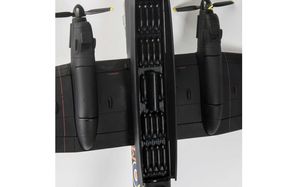 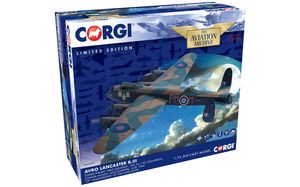 The aircrew of Bomber Command made a significant contribution to the war effort in WWII and were to pay a heavy price for their devotion to duty.  Arguably the aircraft that best illustrates their contribution and the men who sadly paid the ultimate price is Avro Lancaster ED888 PM-M2 ‘Mike Squared’. This magnificent aircraft completed an astonishing 140 bombing missions – the most flown by any Lancaster in WWII.  Known as ‘The Mother of Them All’, this Lancaster managed to survive the war, shooting down two Luftwaffe fighters in the process. Avro Lancaster ED888 was the most prolific of the ‘Ton-up’ Lancasters and is a fitting way to mark the 75th anniversary of the first flight of Avro’s most famous bomber.

The famous Avro Lancaster four engine heavy bomber was Britain’s most successful bomber of WWII, but it had to endure something of a troubled start.  Its twin-engined predecessor, the Manchester, was ultimately classed as a failure, but included many of the design features that went on to make the Lancaster such a resounding success.  With a huge, unobstructed bomb bay, the Lancaster could carry a massive bomb load and was capable of delivering the largest individual bombs used by the RAF in WWII.  Powered by four Rolls-Royce Merlin engines, the first Lancasters were delivered to RAF No.44 (Rhodesia) Squadron at Waddington, on Christmas Eve, 1941.