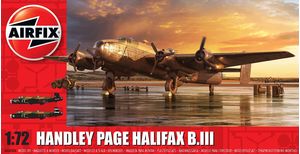 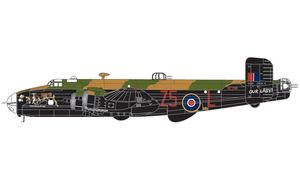 The first types of Handley Page Halifax, the Marks I and II, were fitted with in-line engines and triangular fins and it was not until 1944 that the radial-engine Mark III appeared. The Halifax B.III, in addition to its more powerful engines and redesigned tail unit, featured much heavier armaments than the earlier aircraft and a greatly improved performance.