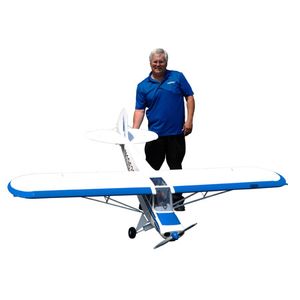 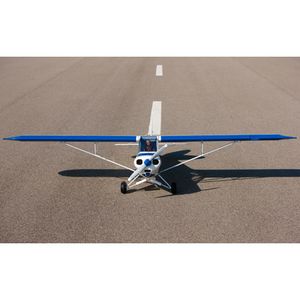 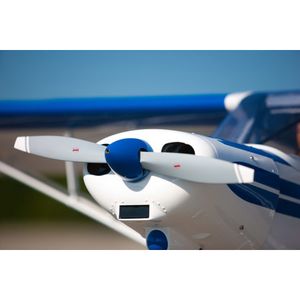 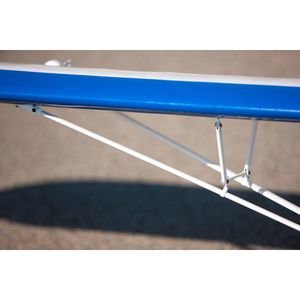 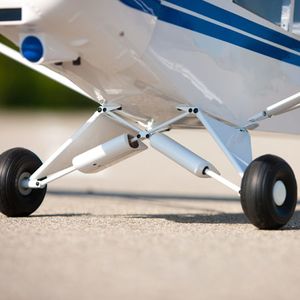 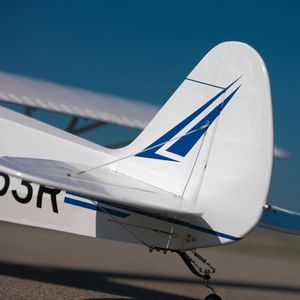 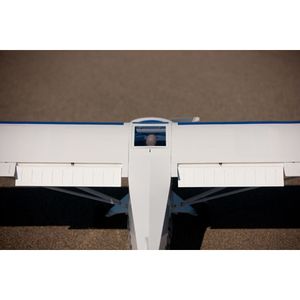 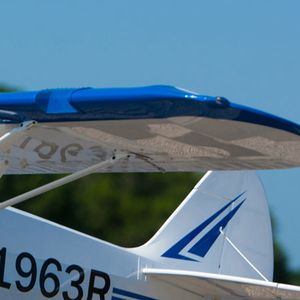 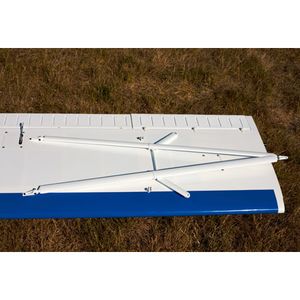 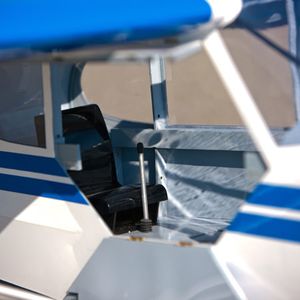 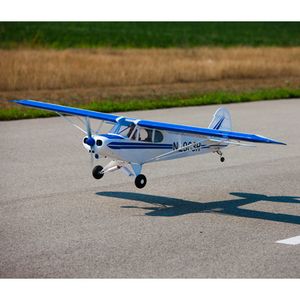 Back country airstrips, remote mountain lakes, alpine glider ports – wherever adventure requires wings, chances are the Piper Super Cub is there. Introduced in 1949, its rugged construction, impressive payload and marvelous short-field performance quickly made it a mainstay of the bush flying fleet. Even now, over half a century later, it remains the plane of choice for many who follow the road less traveled.

This beautiful, 1/4-scale ARF of the Super Cub has been expertly modeled in stunning detail. Almost every line and curve mirror the real thing, right down to the shape of the fillet where the fuselage meets the vertical stab. Other scale touches include functional bungee-type landing gear, a realistic instrument panel and a full-body pilot figure.

This same attention to detail has been applied to the flight performance. Like the full-scale version, the model has functional flaps that give it amazing short-field takeoff and landing abilities. It also possesses the same easy-going flight characteristics, but will eagerly perform sport aerobatics using any of the recommended power choices.